There’s few things as satisfying in the urban gardening space than propagating a favorite plant. After seeing a deal at Whole Foods for monster sized basil plants that I couldn’t resist, I became the proud new plant parent to a plant with at least 50 basil leaves already ready for harvesting. Unfortunately, as half the plant began to die, it became apparent that my monster plant was actually two medium sized ones, and that one was dying of a root fungus and spider mites. With all tragedies marred in opportunity, I took to work on propagating the basil plant.

Propagation is the act of cutting off portions of the parent plant in the hopes of those cuttings turning into new plants of their own with their own root structures. For a basil plant (or most stemmed plants) you should ideally cut a few centimeters below a leaf node. I cut four different stems off and laid the parent plant to eternal rest in the trash chute (RIP).

Five days after cutting, the four basil plants are thriving. They each are developing their own root systems and will likely be planted back amongst each other in the next week or so. You can see in the image above that there are about half a dozen roots coming off of the stem. To give additional context, these roots didn’t appear until about two days after separating from the parent plant, and so the development speed has been really fast. 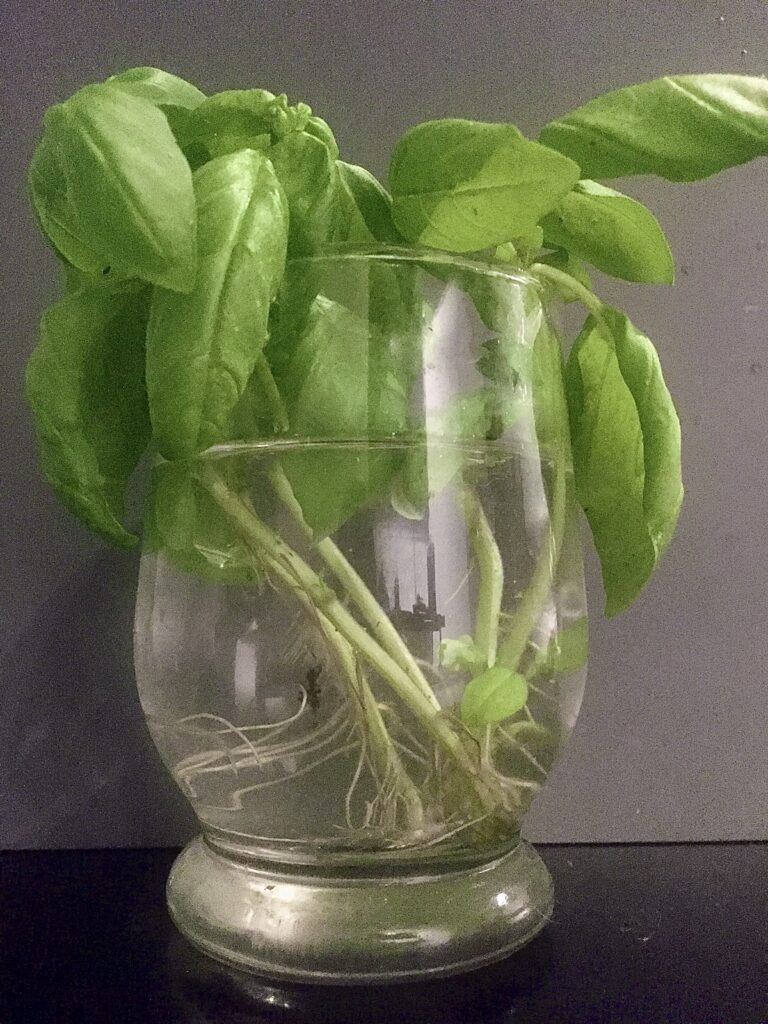 Another bucket list plant 🌱 I am assuming she n

Ladies and gentlemen, after weeks of complaining,

When your “did I miss the timer?” blooper ends

Sooooo succulents are slow growers but I never kne

This is my setup for the rare plants FYI! I’ll p

Unpopular opinion, but I find Calathea Triostar to

Just a cute lil #pothos livening up my wall 🌱